How Can We Help You?

What Our Clients Are Saying About Neurofeedback

"Our son clearly benefited after every session of NF. The benefits he gained are areas which cannot be taught. (It's like it has to come from within him). His awareness of events and surroundings are much better and he even helped me on his own accord by carrying a bag of groceries. Normally he would have ignored what I was doing and walked away. He is much more together and connected with us."
Mother of 5 year old with autism


"As we near our yearly celebration of things for which we are thankful, I am mindful of your organization and the many instances of dramatic healing that are occuring through neurofeedback around the world - due in large part to your efforts. Blessings to you and that which you seek to accomplish."
Neurofeedback client who is home training


"In the fall of 2009 our 14-year-old son began having migraine headaches. He would have one to two per week accompanied by vomiting and followed by 24 hours of sleep. Between the last week of October and the 19th of December, he missed 17 days of school. On January 4, 2010, he had his first appointment with Roxana at the EEG Institute. He has had a weekly session since that time and has not experienced a single migraine since he began the therapy. It is an incredible relief to have found a way to help our child when he was in such debilitating pain. The healing that my son has experienced is nothing short of a miracle. We cannot recommend the EEG Institute highly enough."
Parents of child who suffered with migraines


"We believe very strongly in treating our daughter's autism developmentally - in looking at the source of her constrictions and challenges from the inside out. We chose neurofeedback because it addresses the issues that cause the symptoms/behaviors, versus "band-aid" therapies, treatments, or drugs. After her FIRST neurofeedback session she, for the first time in her five years of life, slept soundly through the night. We all did! She is now 7 1/2 and has slept soundly and deeply ever since, allowing her to feel and be the best she can be and receive the best results possible in life and in her other areas of therapy. That was only one of many positive results that we experienced as a result of neurofeedback. We will be forever grateful to Sue and her team at EEG Institute."
Mother of autistic child


"About 8 months ago, my son's behavior changed dramatically. He started having moderately severe tics and trouble in school consentrating and following directions. He then was diagnosed with Tourette's Syndrome. Needless to say, my husband and I were devastated. We immediately starting searching the web and looking for ways to help my son that didn't involve medication. That is how we found neurofeedback, and more importantly, Mrs. Othmer at the EEG Institute. My son has had about 20 sessions, and the change in him is nothing short of a miracle!!! His tics have calmed down to where we barely notice them, and his teacher is reporting that he is able to focus better and stay on task now. He also is less volatile, and just generally a happier child. Thank you Mrs. Othmer and the dedicated staff at EEG Institute, for giving me my son back, and giving my son the tools and ability to live a happy, healthy life."
Mother of child with Tourette's Syndrome


"I'm a Viet Nam vet who had a violently physically abusive dad. For most of my adult life I dealt with it by drinking a fifth or two a day. Needless to say, I was a very angry human being. I was angry about the war and unconsciously angry about my childhood. Within four or five neurofeedback sessions, I began experiencing a dramatic change. I started becoming more mentally stable and I started coming out of my shell. I stopped drinking. Completely. I noticed I wasn't angry on the job any more. Actually, my workers noticed it first. Then I noticed that things that used to make me explode no longer existed. Tomorrow I'm on my 40th session and my life has changed completely. In six months, I've shed 40 years of anger, anguish and pain. For the first time in my life – my entire life – at age 60, I am a genuinely happy human being. My friends and family have noticed a major difference and because I finally became my true self, I finally found true love and happiness. I can honestly say that I am a whole human being and I will be forever grateful to Sue and Siegfried Othmer and Roxana Sasu for making this possible. If not for the EEG Institute's generous program for veterans, I would never have reached this point."
Viet Nam Veteran 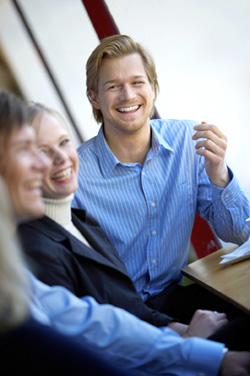 "For most of my life, I was a rageaholic. Of course, I didn't realize it. But along the way, I've destroyed a lot of telephones and a lot of computers. Smashed them all to bits. Tiny bits. I'm female, by the way, in case you think only guys get this enraged. I was desperately lonely and unhappy. There was no joy in my life. No amount of psychotherapy, drugs, meditation, hypnotherapy, psychic healings, great love life, or vacations in Maui could lighten the bruising black pain of my spirit. Now, things that used to incite me to a killing rage just roll right off my back. My friends have been blown away by the changes in me. Even my boss has noticed it. He says I've become "totally mellow." For the first time since early childhood I actually have serenity in my daily life. Finally, at age 55, I'm actually happy. And what I love about it is – this is for keeps. My brain has changed the way it processes things. Instead of "luffing" – shaking like a sail set too close to the wind -- my neurons sail serenely, plump and full, down gentler, kinder pathways. For the first time that I can remember I am experiencing a sense of grace and equanimity in my life."
Client with previous rage control issues


"We're definitely doing something right! Our 6-year old son has become very polite, courteous and agreeable. He is concerned about other's feelings and whether he is being good. He is showing more initiative to do things that he has been asked to do. He has drawn more pictures in the last three weeks than in three years."
Mother of Asperger's child who is now home training


"With neurofeedback my adopted son has improved his ability to focus in school (best grades ever), his athletic ability (best tennis rating ever), and has eliminated all medications. Most importantly his behavioral outbursts are gone. He has a new sense of calm attentiveness, and increasing self-esteem. All these changes have helped him bond and develop meaningful relationships. He is a joy to be around. I thank the EEG Institute for their help and commitment."
Mother of teenager with Reactive Attachment Disorder


"The change in my daughter is remarkable. While doing homework she is focused; she is able to comprehend without going to blank-out and frustration; she is solving problems and feeling good about it. She is not panicking and falling apart over her present heavy course load. And she is now rarely irritable – a very pleasant change."
Mother of college student with anxiety and depression


"Our son underwent a remarkable transformation following our visit to your clinic. He was an extremely difficult child, and he now sleeps through the night, he is no longer constipated, he listens, he is extremely connected and he smiles and relishes life."
Father of child with seizures, behavior and learning problems


"Our son was just chosen to be one of five first graders out of 120 to receive an award at his elementary school for success in academic and social arenas as well as enthusiasm, cooperation, participation and respect for others. Last year, this would have seemed as far away as the moon, and it is still hard to believe the amazing progress that has been possible in such a very short time. Thank you. You have made the life he was supposed to have possible!"
Mother of high functioning autistic child


"Thank you for my new life. I can now sleep with no nightmares or night sweats, and I'm eating well. I feel very good most of the time."
War veteran with PTSD for 10 years


"My son is doing AWESOME!!!! We are thrilled. Now that summer is here, I hope to train him every day. He finished school on a great note. He is becoming more independent there and needing his aides less. The biggest change is in his verbal skills. WOW!! is all I can say."
Mother of autistic child


"My grandson is doing better in general and concentration is definitely improving, too. All in all positive. Thank you, thank you."
Grandmother of an ADHD teenager


"I had no 'moments' yesterday. Neurofeedback is working for me. I am so happy to be doing this."
Asperger's adult 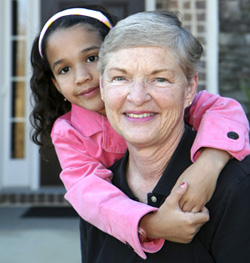 "Everything in my life has been in so much disarray, but neurofeedback has kept it all good."
ADD adult


"A whole night's sleep! Less irritability and impulsivity and improved attention - just some of the permanent improvements that my daughters experienced with neurofeedback. As a mom and an occupational therapist, I believe that neurofeedback training will revolutionize how we treat children with ADHD."
Mother of child with ADHD


"After neurofeedback training, I am finally pain free and able to live my life without the fear of being paralyzed by a migraine headache."
Former migraine sufferer

Reports from Clinicians A case vignette reported by a neurofeedback practitioner in Germany:
A six-year-old boy came in with extreme night sweats, nocturnal teeth grinding, and very poor attention. All these issues vanished over just a few training sessions.

Another child came into the same office shortly thereafter with very similar symptoms, but in this case also had extreme difficulty in social relationships. At age eight, he had no friends, and no one would play with him. This boy trained very differently from the first, but he started being different with people after just the first session. His older brother is now playing with him routinely. The boy is now taking the initiative in making friendships.